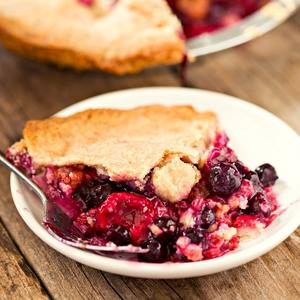 If you like hot and spicy treats that are great for the winter months, then this list of Canadian desserts is for you!

I’ve compiled a list of awesome Canadian sweets that are perfect anytime. Enjoy!

Elephant ears are a street food classic, popular at fairs. They are given a variety of names, most of which are associated with their shape. These light and fluffy fried dough cakes are served with a cinnamon sugar coating while still hot.

They are flaky and buttery, layered with delicious cinnamon sugar. The secret is in how you fold the puff pastry. When baked, the dough looks like elephant ears.

Elephant ears got their name from their shape, which was popularized at state fairs, food trucks, and theme parks. Some people call them beaver tails or fritters, and they are all basically the same thing.

Nanaimo bars are named after Nanaimo, British Columbia, on Canada’s west coast. There are also several Nanaimo bar versions that use different flavors for the middle layer, such as mint, cappuccino, or even cherry.

They are a popular Canadian treat consisting of a layered bar cookie that tastes like rich chocolate fudge. The base is chewy, slightly crunchy and filled with chocolate.

It is a delicious dessert that does not need to be cooked. It’s made with rich chocolate, honey-sweetened graham crackers, crunchy pecans, buttery butter, and custard powder.

The origins of the bars are uncertain, but they first appeared in a cookbook in 1953.

It consists of a basic white sponge cake baked on a sweet syrup solution of brown sugar, water, and occasionally milk. The pudding is made with basic cake mix and inexpensive ingredients.

Pouding chômeur is a classic Quebecois dish, and the recipe is said to have been passed down verbally. During the Great Depression, Georgette Falardeau, the wife of Montreal Mayor Camillien Houde, came up with this dish.

It’s possible that you’ve seen cloudberry preserves on the shelves of the food station at Ikea. In Newfoundland, the same wild fruit with a brilliant orange color is referred to as a bakeapple. It is said to have a seedy texture and a delectable flavor, and the bogs where it grows are said to smell like baked apple pie.

This traditional steamed bread pudding from Newfoundland on Canada’s east coast gets its unusual name from two old Cornish colloquialisms: “figgy,” a word for raisins, and “duff,” another word for pudding.

The main flavor in figgy duff is raisins, there are no figs in the dish. It is a surprisingly simple dish. If you like raisin cakes, you’ll love the figgy duff!

Nougabricot is a traditional Quebecois preserve that is traditionally made with apricots, pistachios, almonds, lemon, and honey. The Alsatian pastry chef, Christine Ferber, is credited with popularizing this preserve. The idea of putting sunshine in a bottle is the most Californian thing that ever came from Eastern Canada.

Saskatoon berries resemble blueberries. The berry (also known as juneberry or prairie berry) can be found throughout North America, but is most common on the prairies of Canada.

The cake is simple and the taste is amazing. Saskatoon berries have a lot of flavor. Although Saskatoon’s fruit season is short from June through July, this cake is a hit all year long.

Due to their high antioxidant content, berries have gained nutritional prominence in recent years.

A traditional delicacy in Newfoundland, these large ginger-molasses cookies are known for their chewy texture. To make them taste even better, cocoa powder and a thin layer of white icing are sometimes added to the batter.

Xoosum is traditionally made in indigenous communities by vigorously beating buffalo berries until they foam and transform into a fluffy, bittersweet, ice cream-like delicacy.

This hand-stretched fried dough shaped like a beaver tail and topped with cinnamon sugar screams Canada. It is even named after Canada’s national animal. Canadians have enjoyed BeaverTails from coast to coast for decades. BeaverTails can be made sweet with Nutella, cinnamon, lemon or maple butter, or savory with ham and cheese, cream cheese and capers, or even lobster!

Jam Jams are a specialty of Newfoundland. They are sweet cookies made with molasses and either raspberry or plum jam that are spread in between two soft cookie halves. One has the option of making them himself or purchasing them from one of Newfoundland’s many pure manufacturers that are almost a century old.

Grandpères are a type of rich dumpling that get its name from the fact that they are so tender that they can be eaten without teeth. They are cooked in butter or, more traditionally, the lard drippings that are left over from preparing oreilles de christ, which are fried pork rinds. Of course, they are served with maple syrup.

Atlantic Canada was home to French immigrants who cooked cranberries in pots over open fires, which were abundant in the area. The sound of blueberries frying and boiling is known as a “grunt.”

To produce a gorgeous summer dessert, sweetened and stewed berries are topped with a simple cookie or dumpling. It is usually topped with a heaping scoop of vanilla ice cream.

The warm delight is so ingrained in Canadian history that there are legends of how the men who erected the famous Fort Prince of Wales on Hudson Bay in the 18th century would indulge in it after a long day’s work.

Cinnamon Sugar Bannock is a sweetened version of the traditional bread recipe. Bannock is a bread that is most commonly associated with Scotland and the recipe from which the scones were formed, but is said to have the same origin in North America, particularly the indigenous people of Canada.

Maple Syrup Pie is typically served in the spring during low sugar season and the months when maple syrup is produced (March and April). Maple syrup pie is traditionally a single-crust pie filled with egg, maple syrup, milk, or cream.

This dessert is related to the butter pies, sugar pies, and even pecan pie of the South. This classic French Canadian Maple Sugar Cake is tempting, with a flaky top and creamy center.

Nanaimo Balls are a take on the traditional Canadian delicacy, Nanaimo Bars. This delicious dessert is a bite-sized version. The sweet, buttery substance at the heart of these Nanaimo balls incorporates custard powder.

The buttery caramel center of these famous Canadian butter tarts is wrapped in a layer of puff pastry. A shortbread tart is a small puff pastry dessert filled with a gooey semi-solid syrup prepared from butter, sugar, and eggs. Dried fruit or nuts are often added to the filling.

These delicacies are supposed to have originated in Quebec in the 17th century. The Women’s Auxiliary of the Royal Victoria Hospital cookbook, published in Barrie, Ontario, in 1900, had the first written butter tart recipe.

Canadian Butter Tarts are one of the few truly Canadian dishes out there.

Flapper pie has a graham cracker crust and is topped with a creamy custard filling and fluffy meringue. Found in Alberta, Saskatchewan, and Manitoba, this prairie treat was the ideal pie to cook with what farmers had to provide because it didn’t rely on seasonal ingredients.

The name may have come from flappers of the 1920s. Perhaps the term comes from the fact that the cake is so simple to create that it frees bakers from the confines of the kitchen. There is no definitive answer to the origins of the dessert’s name, but that will be quickly forgotten when you bite into this wonderful cake.

Soft and fluffy maple cupcakes have a delicious maple flavor that everyone loves! Homemade Maple Cream Cheese Frosting is the perfect sweet ending. Make these cupcakes as part of your holiday meal or any time of year for a special maple-flavored treat. These maple cupcakes are great for the fall and winter seasons. Both the Moist Maple Cake and the Maple Cream Cheese Frosting are both great and offer a touch of sweetness that everyone will enjoy!

Puffed Wheat Squares are a traditional, quick dessert that’s chewy, gooey, and chock-full of chocolate. This traditional Alberta dessert square is made with puffed wheat berries dipped in chocolate syrup. The original recipe was flimsy, but it was refined over time to become more chewy. Molasses, a frequent replacement for sugar in wartime, was used in the original recipe. Many versions have been developed over the years.

These cookies feature Canada’s iconic maple flavor in a flaky shortbread cookie, topped with a syrupy glaze. These melt-in-your-mouth cookies blend the rich flavor of buttery butter with the famously tangy flavor of maple syrup. They are crisp and tender, with a sweet, smoky finish.

Don’t be fooled by its rustic appearance. The top of the famous Pubnico Molasses Cracker is smooth and silky. The molasses makes them soft, chewy and meaty, and they are sometimes covered with cocoa powder or glaze. They go well with a hot cup of tea and a roaring fire because they are soft and chewy.

Canadian Date Squares are a simple combination of brown sugar, oatmeal, butter and delicious dates, a comforting treat on a cold winter afternoon. They have a caramel-like center and a buttery oatmeal shell that melts in your mouth. They are easy to store, so you can eat them later.

They are made up of two solid but crumbly layers of flour, oatmeal and butter, with a layer of date paste in between.

Maple Glazed Donuts are baked and dipped in a luscious brown butter glaze infused with real maple syrup and vanilla. There’s nothing not to love about delicious maple glazed donuts. The real secret is in the maple, so make sure you use the best you can find.

Also known as tart au sucre, this French pastry was supposedly transported to Quebec, and then the rest of Canada, during colonization.

The pie filling is usually made up of eggs, cream, sugar, butter, flour, and vanilla, all the building blocks that make everything delicious!

The flavor and texture are similar to that of a caramelized crème brule. It’s sweetened with brown sugar and maple syrup, giving it a deep, rich flavor and a crisp, golden exterior.

The Persian sweet bun has become a local legend. It consists of a cinnamon bun topped with pink icing.

Persians are a fried hybrid of a cinnamon roll and a doughnut with a thick slathering of fluffy, pink, strawberry- or raspberry-flavored icing that locals sometimes buy separately in a plastic tub and presumably eat with a spoon.

Even though a banana, grape, and bubblegum swirl might not sound like a very appetizing combination, this particular flavor of ice cream has a significant cult following and sells more than any other flavor in Atlantic Canada. Kids have been known to act out in inappropriate ways when they are denied access to it.

Queen Elizabeth cake is a dessert cake made with sugar, flour, dates, eggs, and butter that is topped with a sugary icing that has been infused with shredded coconut. Elizabeth II inspired the cake’s name.

It is popular in Canada. Queen Elizabeth cake is a dessert cake prepared with typical cake ingredients and a grated coconut glaze.